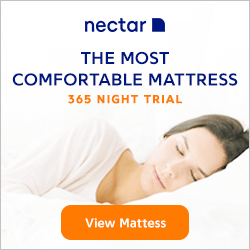 What Is Sleep Apnea?

Because many people experience snoring at some point in their lives, certain medical conditions that involve snoring can go unnoticed. Sleep apnea is a serious sleep disorder that involves choking, paused breathing, or shallow breaths during sleep. Because this condition can mimic normal snoring, it often remains undiagnosed.

An apnea is a period during which breathing ceases or is dramatically reduced. In general terms, an apnea occurs when a person stops breathing for 10 seconds or longer. This creates a drop in blood oxygen levels and an increase in stress hormones, which can prompt a person to gasp for breath. Related symptoms of sleep apnea include morning headaches, mood swings, sore throat, frequent urination at night, and cognitive problems.

Sleep apnea occurs in several different types. In central sleep apnea, the brain does not signal the airway muscles to breathe; this breathing difficulty is the result of instability in the respiratory control center and is not due to airway obstruction. Central sleep apnea is often associated with certain medications and medical conditions.

The second more-common and more-severe form of sleep apnea is obstructive sleep apnea. This condition is created by airway blockage, usually when the soft tissue at the back of the throat collapses during sleep. Obstructive sleep apnea often causes snoring because of blocked breathing during sleep. This condition is common in individuals who are overweight, but can affect even small children if they have enlarged tissue in their throats.

Sleep apnea is a chronic sleep condition that requires long-term management through lifestyle changes, mouthpieces, surgery, and other treatments. If the condition is left untreated, sleep apnea can lead to increasing medical problems, such as high blood pressure, headaches, stroke, heart failure, diabetes, and depression.

Additionally, untreated sleep apnea can create poor performance in daily activities as a result of sleep deprivation. This can increase your risk of work accidents, motor-vehicle crashes, and other safety problems. Because of these serious complications, it is vital that you see your doctor to treat any chronic snoring or breathing issues during sleep.

If you’re concerned about snoring or sleep apnea in your life, check out this all natural way to deal with both with this program. CHECK IT OUT

Having Trouble Sleeping? Get Our Free Report on 7 Surprising Cause of Insomnia